We have finally made it to the Sweet 16 with the South and Midwest brackets kicking us off today, Saturday 27th of March. This is our betting analysis and March Madness predictions for all four games. 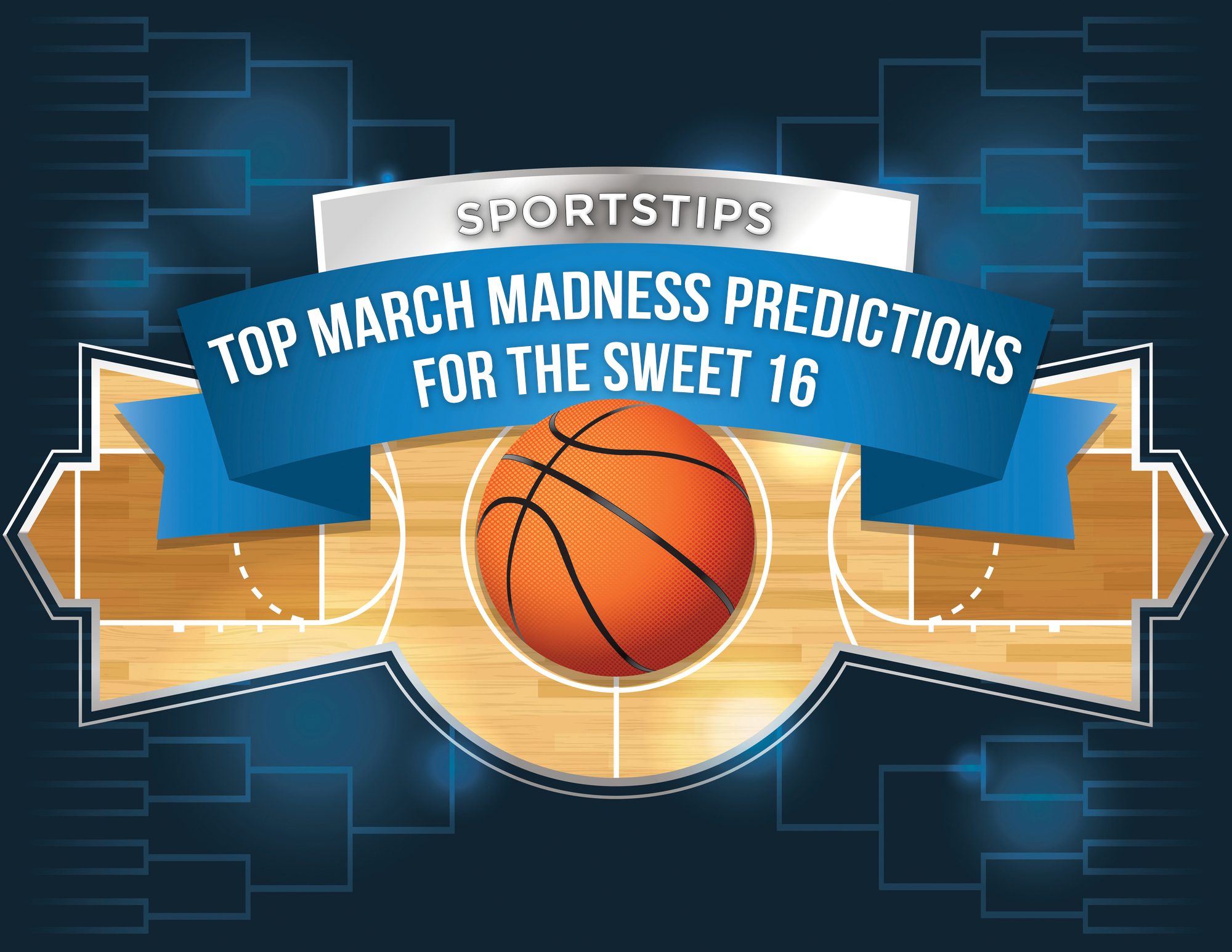 Loyola-Chicago (26-4) knocked off the top team in the country with their victory over Illinois in Round 2 and now they look to advance to the Elite Eight with a victory over Oregon State. The Ramblers dominated Illinois, taking a nine-point lead into the half and only extending in on their way to a 71-58 victory.

Cameron Krutwig led the way with 19 points and 12 rebounds. Lucas Williamson added 14 points and Marquise Kennedy came off the bench to score 14. Loyola-Chicago shot 51.0% from the field.

Krutwig has been performing very well during the postseason, averaging 15.0 points and 8.4 rebounds per contest through the five games. He is shooting 53.4% from the field and 86.7% from the free-throw line. Williamson is averaging 13.2 points per game, hitting 58.5% of his shots, including 47.8% from three-point range.

Tomorrow 8-seed @RamblersMBB takes on 12-seed Oregon State in the Midwest Regional Semifinals with an #EliteEight spot on the line. Loyola Chicago looks to win their 7th game in the past two tournament appearances. Let’s go Ramblers! #OnwardLU #JesuitEducated pic.twitter.com/Gk78DnSahq

Oregon State (19-12) defeated Tennessee to open the tournament, then knocked off highly regarded Oklahoma State, 80-70. The Beavers got 26 points from Ethan Thompson, who hit only five of 11 shots from the field but was an impressive 15 of 16 from the free-throw line.

Jarod Lucas added 15 points, hitting three of 10 from the field but all seven of his free throws. Warith Alatishe grabbed 12 rebounds as did Roman Silva.

Thompson is leading the Beavers during the postseason, averaging 16.0 points per game in the five contests. He is only shooting 38.2% from the field, but 93.5% from the free-throw line.

Lucas is averaging 14.2 points in the postseason and Alatishe is averaging 10.4 points per contest, shooting 53.1% from the field. He is also the team leader in rebounds at 10.0 per game.

Baylor (24-2) opened the tournament with a 79-55 victory over Hartford, then downed Wisconsin 76-63. Baylor took a 13-point lead into the half, thanks to 17 points off the bench from Matthew Mayer, who was five of 12 shooting, including five of six from the free-throw line. He added six rebounds. Jarod Butler and Davion Mitchell each scored 16 points. Mitchell added eight assists.

The Bears are led by Butler, averaging 17.1 ppg. He is an outstanding shooter, hitting 49.3% of his shots, including 44.4% from three-point range.

MaCio Teague is averaging 15.7 points per game, hitting 48.1% of his shots, including 83.6% from the free-throw line. Mark Vital is only averaging six points per contest, but is the leading rebounder at 6.3 per game.

Villanova (18-6) had lost three of their last four games entering the tournament, but defeated Winthrop in Round 1 before downing North Texas, 84-61. The Wildcats shot 55.4%, including 50.0% from three-point range.

Villanova is led in scoring by Robinson-Earl at 15.2 ppg. He is shooting 48.3% from the field and has been outstanding on the glass as well, averaging 8.4 rebounds per game.

Samuels is fourth on the team in scoring at 11.4 per game and is averaging 6.3 rebounds per contest. Five players on the Wildcats roster averaged double digit points during the regular season.

Arkansas (24-6) defeated Colgate to begin the tournament, 85-68. The Razorbacks then narrowly defeated Texas Tech, 68-66. The Razorbacks shot 41.9% against the Red Raiders, but only 23.5% from three-point range.

It was a great defensive showing as Arkansas held Texas Tech the 36.1% shooting. Justin Smith led the team with 20 points, hitting nine of 11 shots. Three other players averaged in double digits, including Davonte Davis and Moses Moody who each scored 15 points.

Our dancin’ deets for the Sweet Sixteen ⬇️ pic.twitter.com/KBw8F8ffEf

Oral Roberts (18-10) has been the Cinderella story of the tournament, defeating Ohio State in overtime in the opener, then knocking off Florida last Sunday, 81-78. The Golden Eagles got 28 points from Kevin Obanor.

He was nine of 16 shooting, including four of seven from three-point range. Max Abmas also had a spectacular game, recording 26 points and seven assists. He was only six of 14 shooting but hit all 12 free throws.

Obanor has been hitting from everywhere, hitting 50.7% of his field-goal attempts, 50.0% of three-point attempts, and 81.8% of free-throw attempts in the postseason. He is averaging 20.4 points and 7.8 rebounds per game.

Houston (26-3) opened the tournament with a decisive 87-56 victory over Cleveland State. The Cougars then narrowly defeated Rutgers last Sunday, 63-60. Houston struggled, hitting only 37.3% of their field-goal attempts, including 36.4% from three-point range.

They struggled with the line as well, hitting 11 of 18 free-throw attempts. Quentin Grimes led the way with 22 points and nine rebounds. Dejon Jarreau was the only other player to record double digits at 17 points.

Grimes is the leading scorer on the team at 17.9 ppg. He also leads the team in rebounding at 6.2 boards per contest. Grimes is a 40.1% shooter, including 78.0% from free-throw line. Jarreau is averaging 10.9 points and 5.4 rebounds per game.

If trying to burn out the clock, look for the Cougars to try to get the ball into the hands of Marcus Sasser, who is averaging 13.5 points per game, but is an 86.0% free-throw shooter.

Joseph Girard, Quincy Guerrier, and Marek Dolezaj each had 12 points. The team shot 51.9% for the contest, including 45.2% from three-point range.

Boeheim is having an impressive postseason run, averaging 28.3 points per game in the four contests. His shooting averages have been off the charts, hitting 60.0% of his field-goal attempts, 55.8% of three-point attempts, and 91.7% of free-throw attempts. Girard and Guerrier are each averaging 10.3 points per game.